Snow squalls spurred by heating and subsequent rising of an air parcel, similar to a summertime thunderstorm. Convection is the heating and subsequent rising of an air parcel – one of several mechanisms that forces air to rise, water vapor to condense, and precipitation to occur. Convective snowfall is more common in the springtime when air and land temperatures are more favorable for surface warming. Convective storms often produce large heavy snowflakes or graupel. Like summertime thunderstorms, convective snowfall is often intense, short-lived, and hit or miss depending on the track of convective cells. If convection is the main driver behind a snow forecast, expect widely variable snow totals across a forecast area. You might get 8” in one basin and no snow in the next. Weather models have difficulty predicting the locations of developing convection cells, thus snow forecasts will have uncertainty on exactly where heavy snowfall will occur. 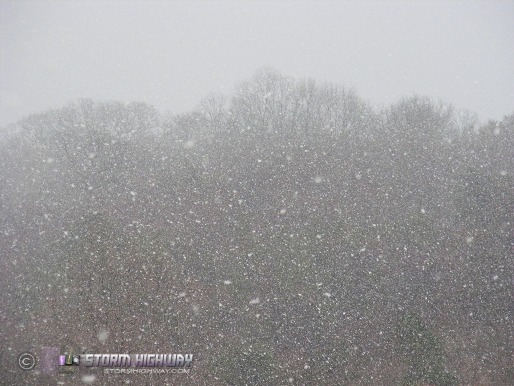 Convective snowfall is more common in the springtime when there is more available energy for producing convection.